On Cloud Nine: Meghalaya at 50! 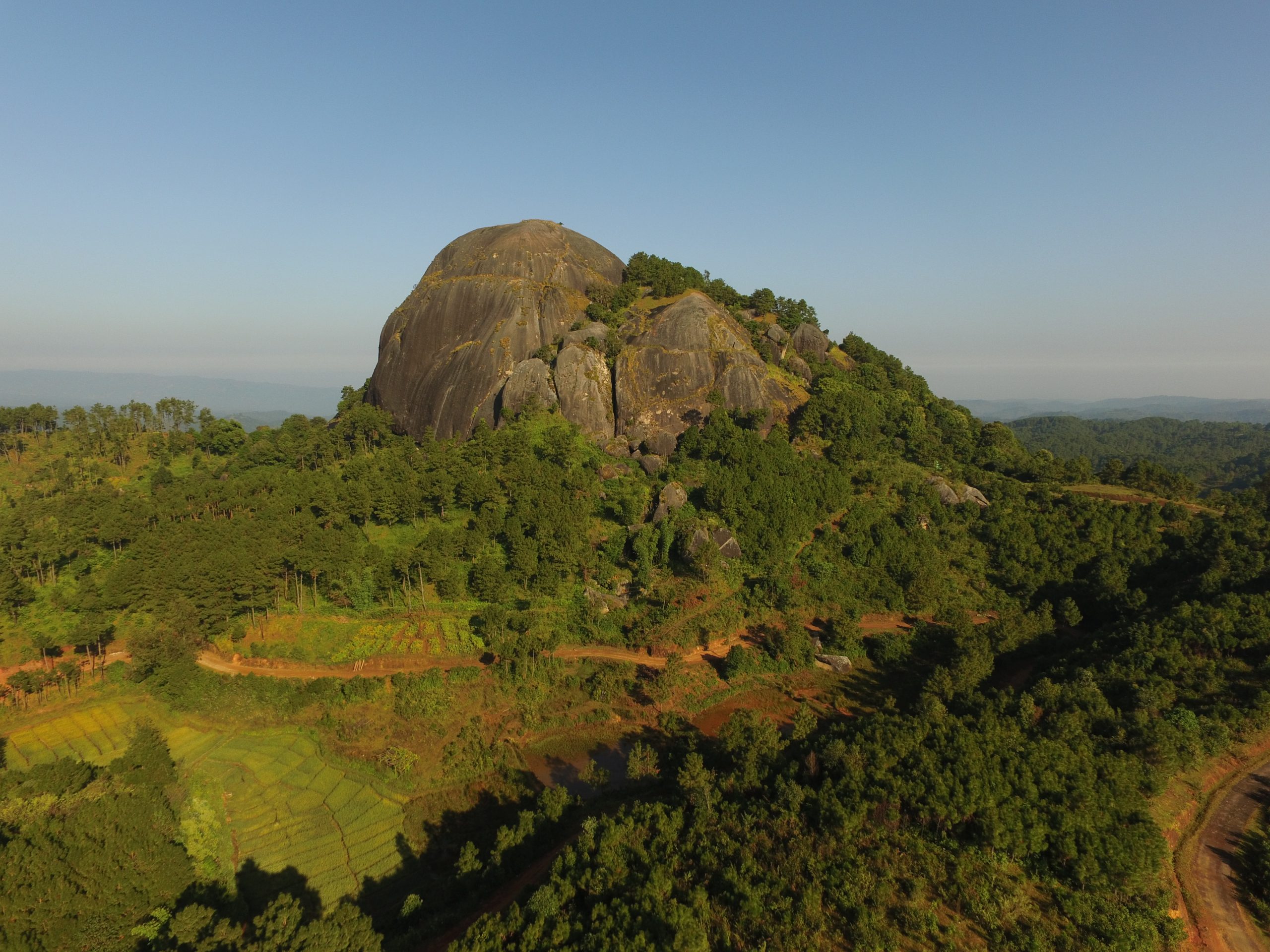 On Cloud Nine: Meghalaya at 50!

Here’s a little known fact: the people of Meghalaya chose their name. It isn’t a name they inherited from their cultural identity like Rajasthan (Rajputs) and Tamil Nadu (Tamils). Nor is it a name that alludes to their location, like Uttar Pradesh and Madhya Pradesh. It isn’t even a name that was derived from mythology like Haryana (Hari ana) or Telangana (trilinga). Instead, it was a name that represented the identity of the three hill tribes of Khasi, Garo and Jaintia, after whom the three hill systems of Meghalaya are named.

The people of the hills wanted a name that conjured the same sensations they felt when they saw their homeland: lush, bright green hills, with the clouds a mere handspan away. Originally coined by Geographer S.P. Chatterjee in 1936, the name Meghalaya was proposed and then adopted when Meghalaya was granted statehood on the 21st of January 1972, after 22 years of negotiations with the Assamese govt and the Govt of India.

Meghalaya used to be a part of Assam. However, the people of Meghalaya felt that their identity and culture as hill people differed significantly from the plains dwelling Assamese. They didn’t want to compete with the Assamese for resources and legislative seats, nor did they want to compete on culture. They just didn’t want to lose theirs.

On the occasion of 50 years of Meghalayan statehood, let’s look at what makes their culture so very different. 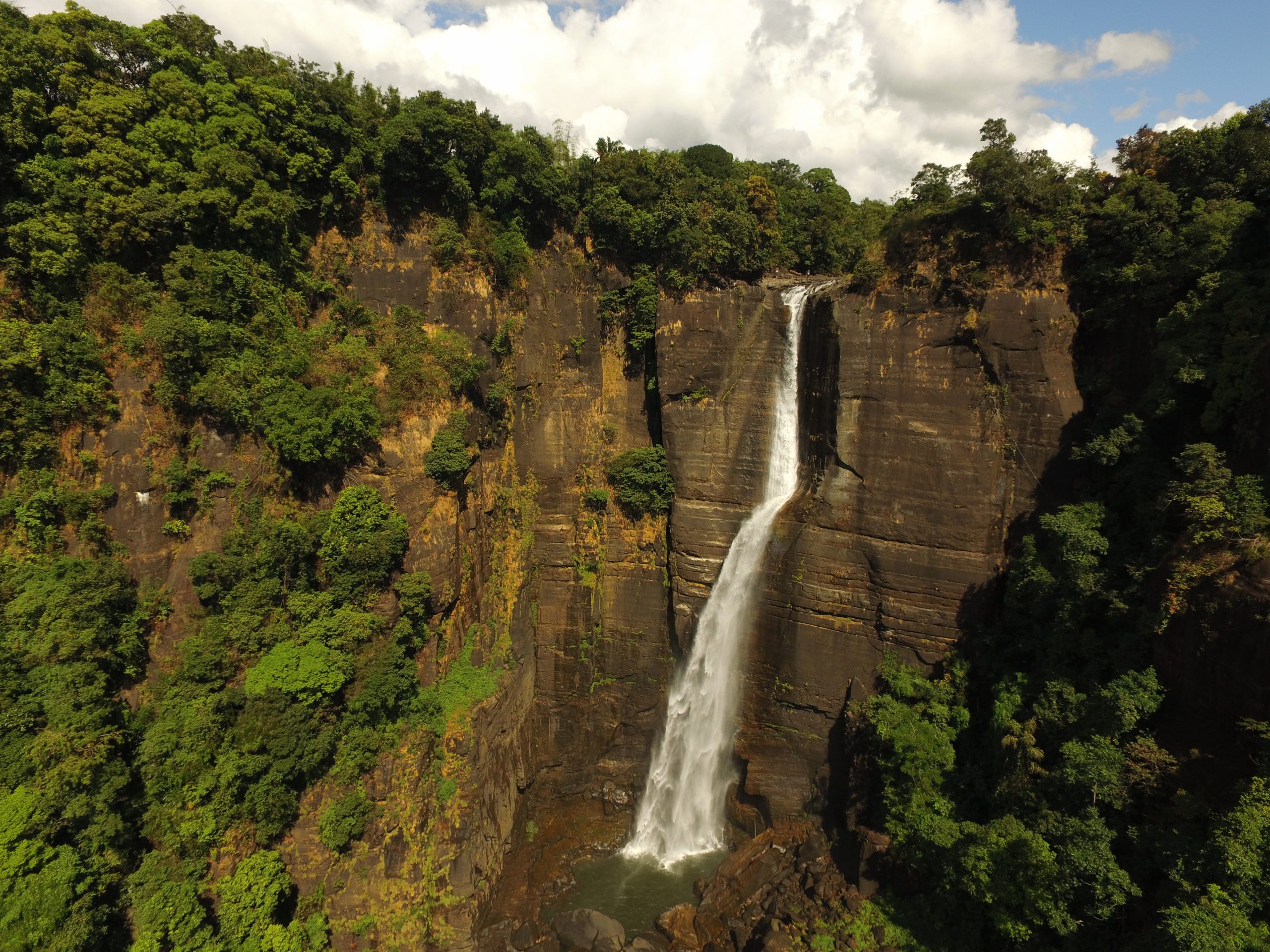 Cleanliness as a model for Eco-tourism: The Village of Mawlynnong

If you’ve heard of Mawlynnong, then you know it was declared the cleanest village in Asia in 2003 by Discover magazine. This tiny village boasts of the Nohwet Living Root Bridge and beautiful views of neighbouring Bangladesh, but what brings the tourists, is curiosity about the cleanest village in Asia. Cleanliness is a way of life in Mawlynnong. All houses have functional toilets, there are bamboo dustbins at every turn, plastic bags are banned, and smoking is prohibited. Villagers are assigned to clean the village on a rotation basis, and even fallen leaves end up in those bamboo dustbins!

That’s not all, Mawlynnong makes its manure through composting, and planting trees is a part of their lifestyle. It isn’t odd to see a Mawlynnong resident tending to plants by the roadside, or sweeping the streets… not because they have to, but because they want to.

You can find the best times to visit and travel information here.
The Sacred Feminine: Matrilineal societies

The three main tribes (Garos, Khasis, and Jaintias) follow the matrilineal way of living, where the youngest daughter of the family, the Khadduh, inherits all ancestral property. After marriage, husbands live in the mother-in-law’s home and the mother’s surname is taken by her children. There is also no social stigma attributed to a woman remarrying. This is considered one of the largest surviving matrilineal cultures in the world.

Now, here’s the really interesting part: while the society is matrilineal, it is not matriarchal. What does that mean? Well, while property and family names travel along the mother’s line, mothers aren’t necessarily the heads of households. Nor are they the default gender for leadership of any kind. They do lead, of course, but not by default. Does that translate into greater gender equality, safety for women, and a greater appreciation of each other’s talents and gifts? We think so. Women are everywhere in Meghalaya, occupying public spaces in ways (and numbers) that we just don’t see in the rest of the country. 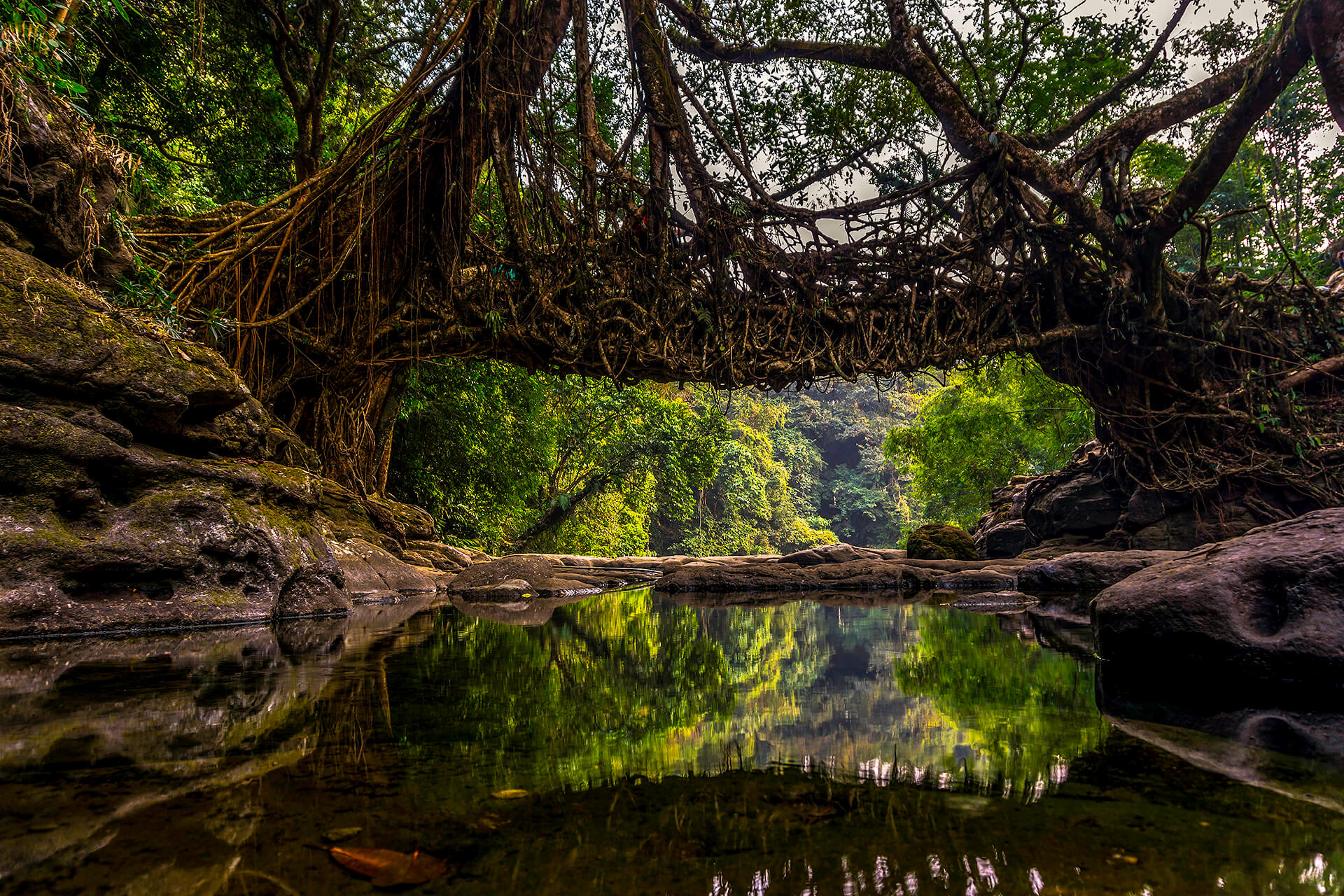 Stewardship, not ownership: sustainable living as a default

Think about what it takes to create living root bridges: you need to plant trees strategically near the river bank you want to cross. Then you wait for them to grow to a particular size, and when they start sprouting aerial roots a decade later, you weave them onto bamboo scaffolding and then wait for them to intertwine, sprout secondary aerial roots, and grow into breath-taking structures that are stable enough to walk across.

As you can imagine, it’s a labour of love that takes decades. Those who begin these bridges rarely see the day when the bridge carries the first person across. Isn’t that incredibly special? The community doesn’t think in terms of today. These are selfless acts of stewardship – of leaving the earth richer than they found it, and these riches aren’t measured in money.

Meghalaya is well-known for one of UNESCO’s Biosphere Reserves – Nokrek National Park, which was added to the list in May 2009. Other notable parks and wildlife sanctuaries include Balpakram National Park, Baghmara Pitcher Plant Wildlife Sanctuary, Nongkhyllem Wildlife Sanctuary, Siju Wildlife Bird Sanctuary, and the Living Botanical Museum.
Based on the interpretation of IRS Resources at-2 LISS III satellite data of the period Nov 2017 to Jan 2018, the Forest Cover in the State is 17,118.79 sq km which is 76.32% of the State’s geographical area. Forest and Environment minister, Lahkmen Rymbui, said, “The government owns only 5 per cent of the forests and the rest are owned by communities and the district councils.”

THIS IS A REPOSTED BLOG BY