Mawbynna – The Stone Monuments of Meghalaya 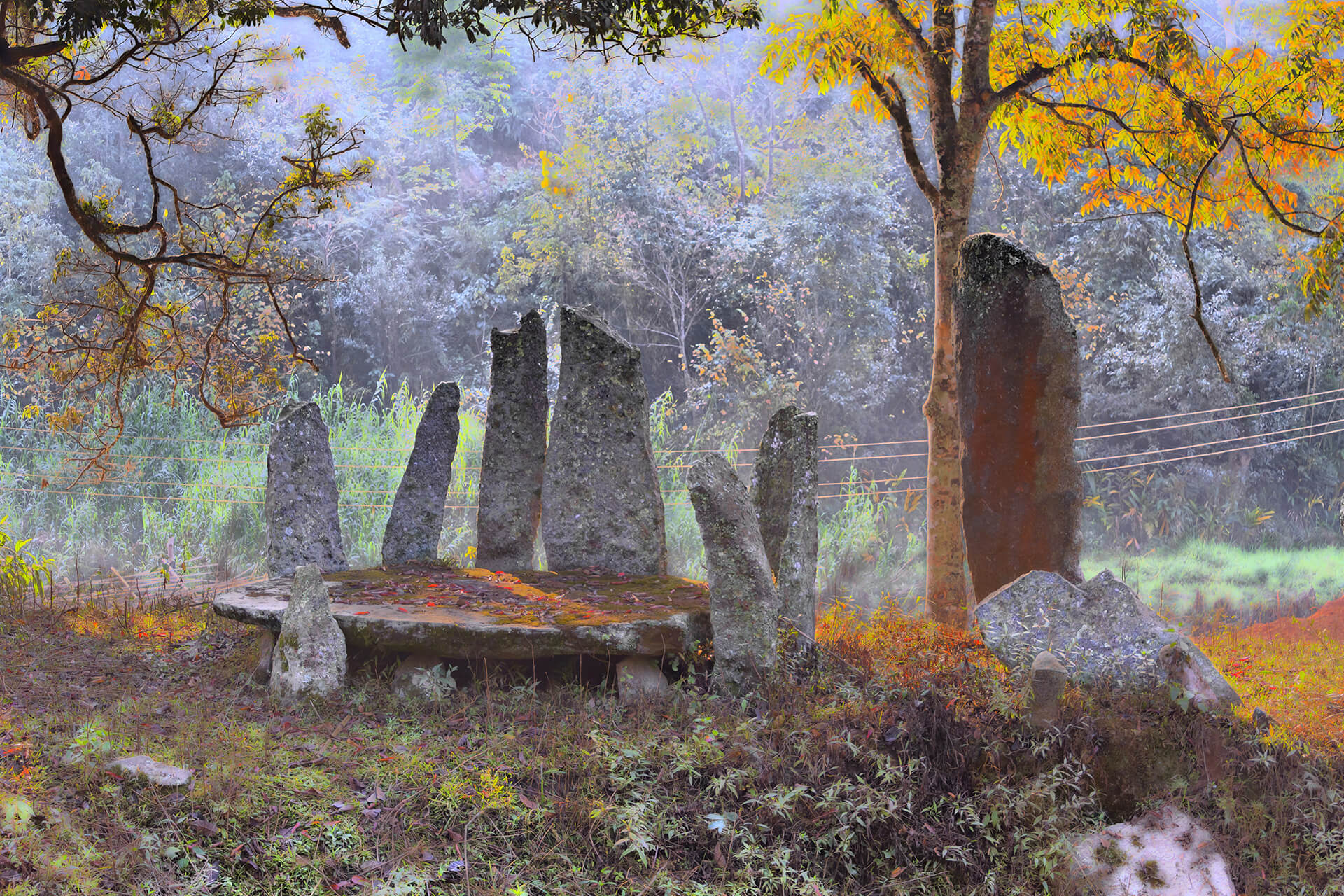 In archaeology, the word ‘megalithic’ refers to monuments that are fashioned out of large stones holding symbolic importance. We can think of Stonehenge as one of the most recognizable megalithic sites in the world – the Moai statues of Easter Island are also categorized as megalithic sites. Meghalaya too has its place in the megalith and monolith map of the world and travelling through the state you will come across many celebrated examples.

Cultural and historical attractions of Meghalaya – the ‘Mawbynna’

As you traverse across the countryside of Meghalaya, you will come across collections of large flat and long stones with rounded tops erected vertically and horizontally – some outside homes and localities, some in open fields, seemingly out of nowhere, some on picturesque hilltops, and some near old village squares or market-places. These large menhirs and dolmens are collectively known as the Mawbynna, monuments built as a tribute to the ancestors. Most ‘mawbynna’ are physical remnants of elaborate funeral rituals that the Hynniewtrep communities practised traditionally (mawniam), while others were erected as tributes to royals or symbols of military achievement.

Some of the most impressive Mawbynna monuments in Meghalaya can be found at Nartiang, a town around 65 kms east of state capital Shillong. Popularly referred to as the garden of monoliths, the Nartiang collection of menhirs is the largest in the state. Nartiang was once the seat of the Jaintiapur kingdom and the monoliths were erected between the 16th and 19th centuries.

These monuments are dedicated to the royals and leaders of the Pnar people and some of them are regarded as the tallest in the world. The most prominent of the monoliths here is Moo Long Syiem which stands more than 26 feet tall. It was erected by U Mar Phalynki, a famous lieutenant who wanted to mark a great military achievement.

Today, these monuments of Meghalaya – the male vertical stones (mawshynrang or moo shynrang, in Khasi and Pnar respectively) and the female table stone (mawkynthei or moo kynthai) – are celebrated as representative images of the state, their small replicas sold as souvenirs in tourist stalls and larger replicas being erected in official buildings and establishments. But the story behind their creation is much deeper, each step adorned with a ceremony weaved from a particular philosophy, and intrinsically tied into the respect that the communities of Meghalaya have for their predecessors and their rich, continuous legacy.

As you hit the hinterland of this magnificent hill state, look out for these structures dotting the meadows, the summits, and the charming neighbourhoods. They are a portal through which the common thread of Hynniewtrep traditions lives on with the changing times and a forever evolving culture, giving a place to the past in the landscape of the present.