Photdei is a small and beautiful village located in the South West Khasi Hills District of Meghalaya. This village is popular for its traditional foods and rice cakes, that is, the Putharo, Pumaloi and Pu-sla. ‘Putharo’ is a favourite dish among the locals, and is supplied to different areas of Mawkyrwat and Nongstoin. There are two types of rice that are used for baking this cake; black rice, or Khaw-Iong and Khaw Mynri both sourced from Ri-Bhoi. One of the major benefits of this variety of rice is that its softness lasts longer, and so does its shelf life. ‘Pumaloi’ is a ball-shaped rice steamed cake divided in half, and ‘Pu Sla’ is a steamed cake wrapped in a leaf commonly known as ‘Ka Lamet’.

The rice cakes are very popular in Meghalaya and all its districts have their own way of baking them, thus the taste differs from one place to another. Putharo is widely eaten with a combination of curried minced meat of pork or chicken, popularly known as ‘Doh-jem’. En route towards the village, one can witness the beautiful landscape from the Rilang viewpoint and leisurely spend time on the bank of the Rilang river or on the outskirts of the village. One can also camp in the hills near this river, having a picturesque view of the area.

Experience Package Price (per day/overnight): Price along with tour guide: INR 500/- per person.

Duration of the experience: 1 day, 1 night. 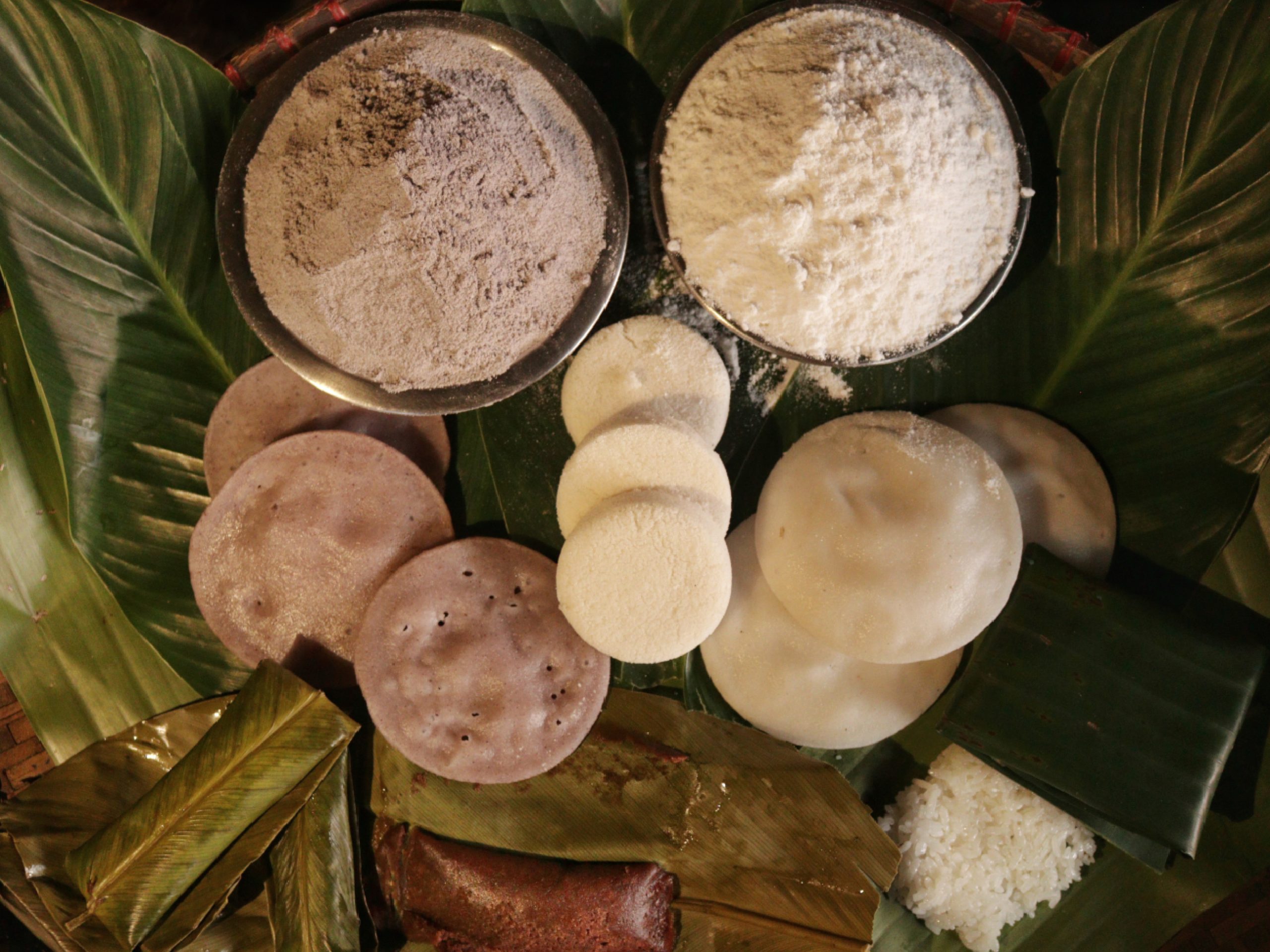 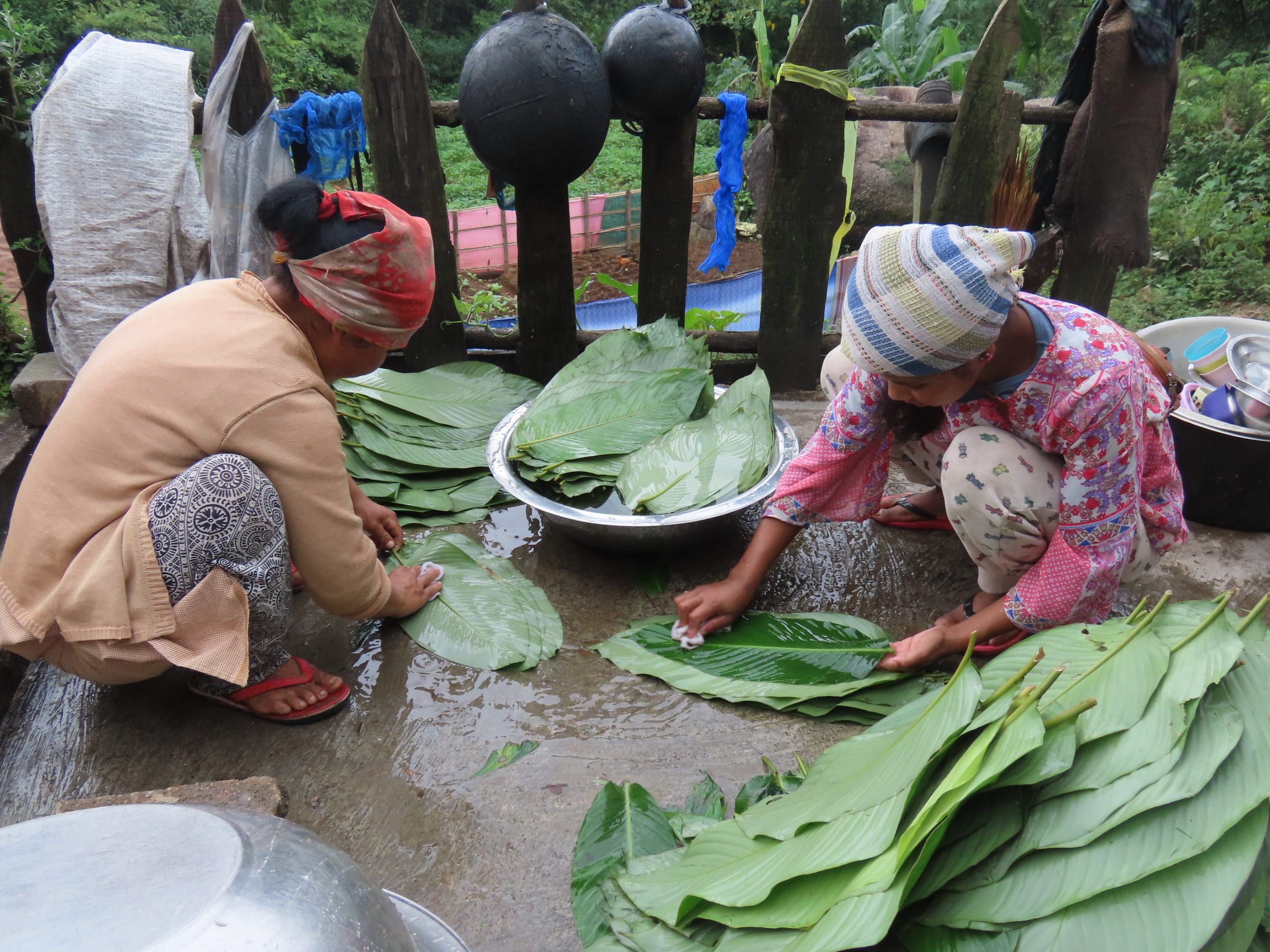 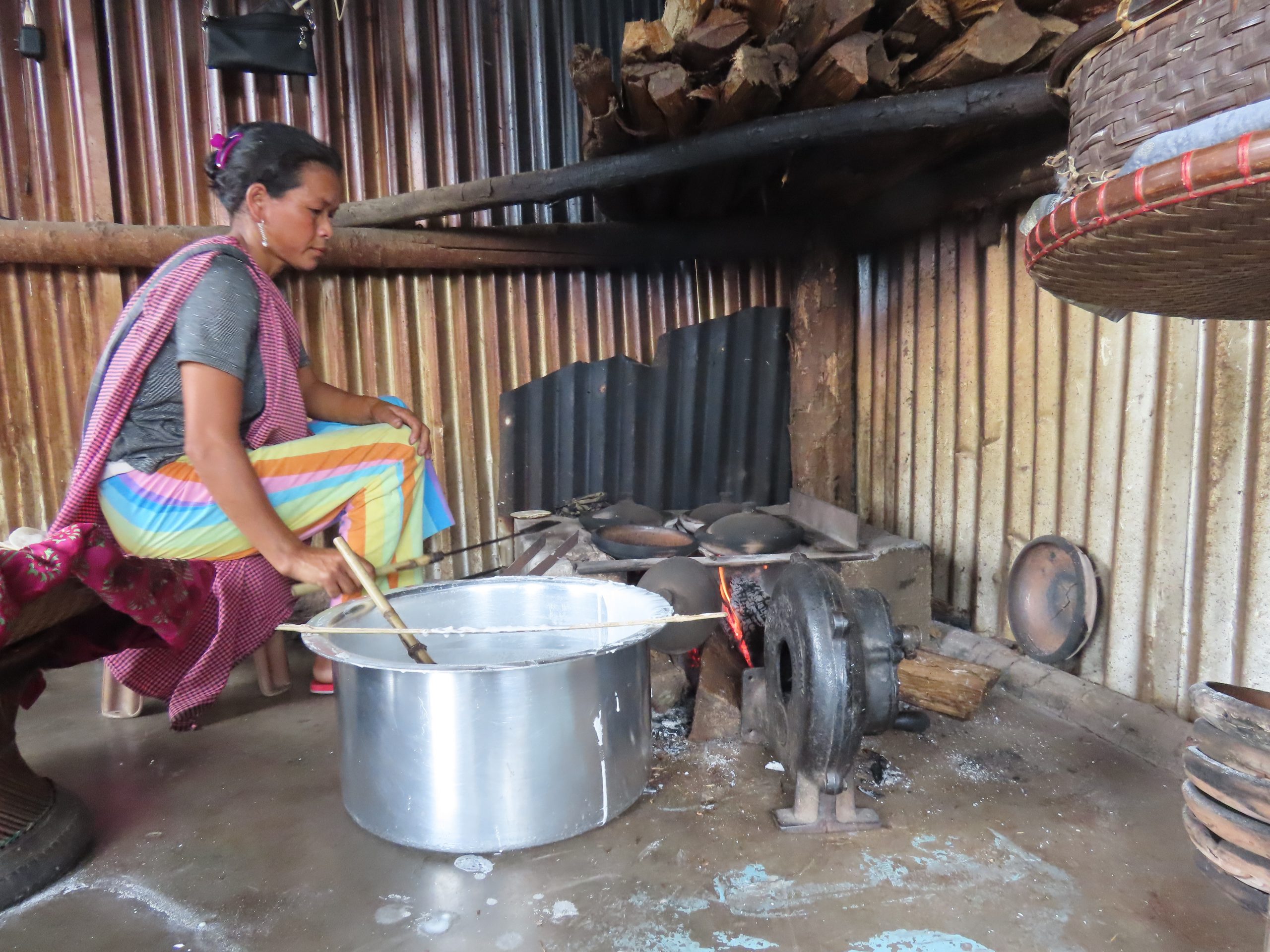 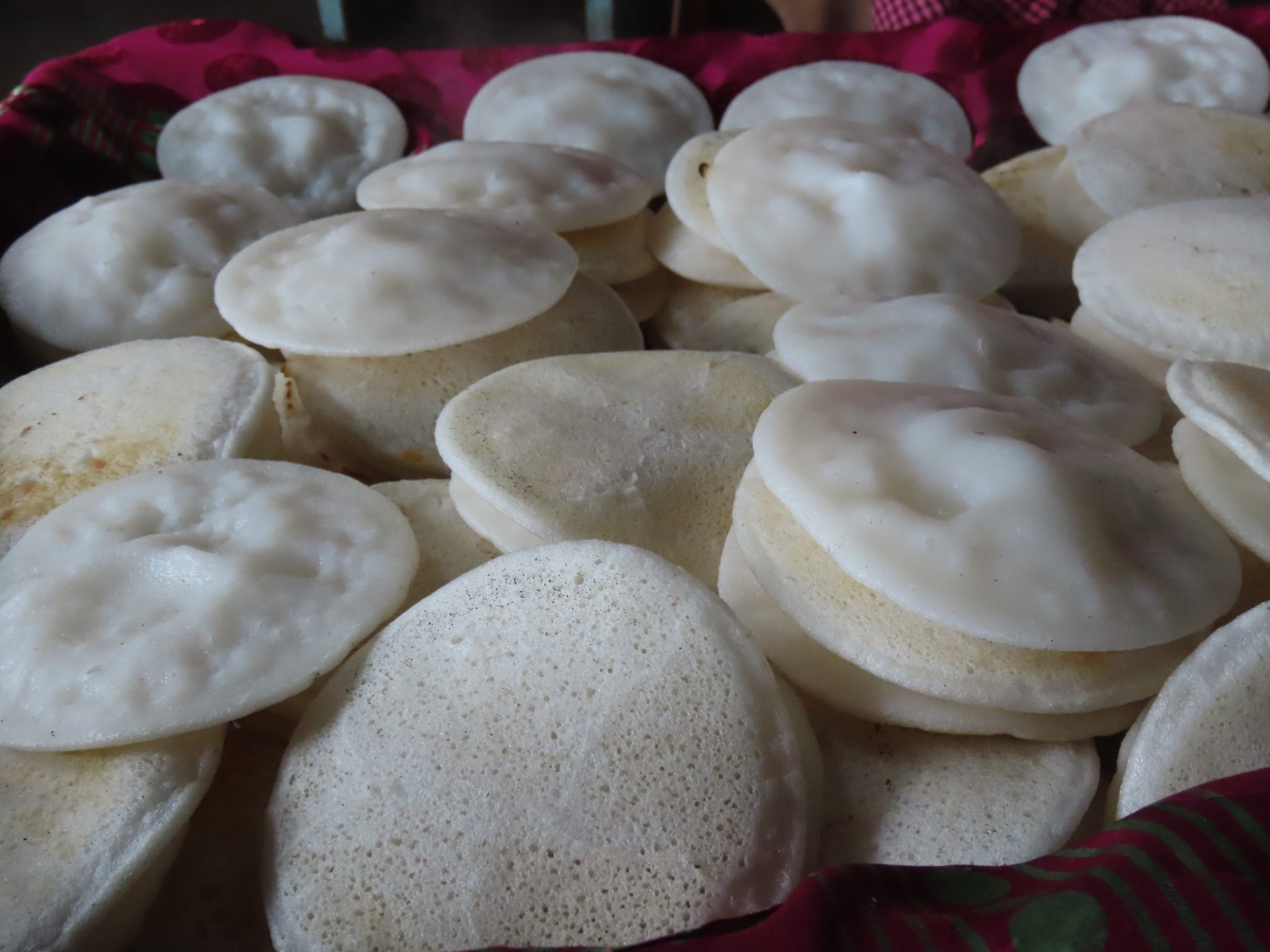 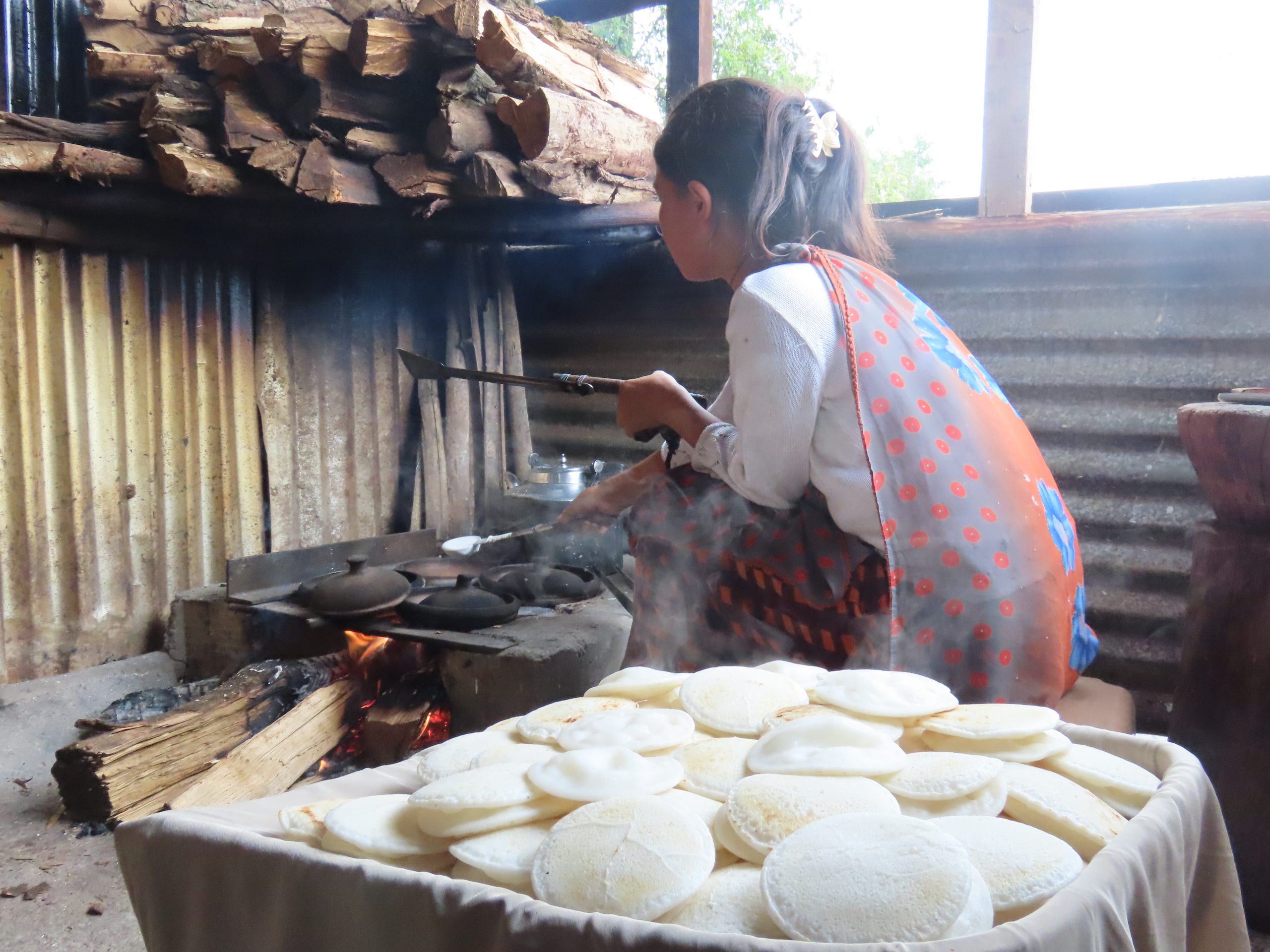 Number of guests: Maximum 10 people.
Hosted in which language: English and Khasi.
Best months(s) to visit: All year round.

Does the package include food and beverages: No.
Local food shops are available nearby.

Know your host: Kilmory Dkhar is a resident of Photdei village and was introduced to the world of rice cake baking through her husband, Mr. Pdiangbor Sari, who is a well-known rice cake baker in his own village of Mawryngkneng. He was groomed into the art of making rice cakes by his mother since he was 16 years of age. In the year of 2018, he married Ms. Kilmorey Dkhar, and they later settled together in Photdei village. Mr. Pdiangbor then started his own rice cake business again in Photdei village, and the duo together use a traditional method of making rice cakes by pounding the rice in a wooden mortar. The essence of the wooden mortar can be sensed in the cooked rice cakes. However, it is an intensive task that takes a lot of time to grind the rice.

The couple bought a rice grinding machine, which helped them expand their business, and later employed nine workers to help them. The rice they use is of a special variety imported from Ri-Bhoi known as ‘Mynri’ which is also locally produced in the Mawkyrwat region. The baking pots they use are specially procured from Larnai village, a well-known black pottery village in the Jaintia Hills.