The rugged terrain of Meghalaya, a mix of high elevations and deep valleys, coupled with the rich bounty of rain and resultant vegetation, has made it a haven for wildlife species. There are many forests in the state that remain a mystery due to the inaccessibility. In addition, many forests benefit from local customs that protect them. 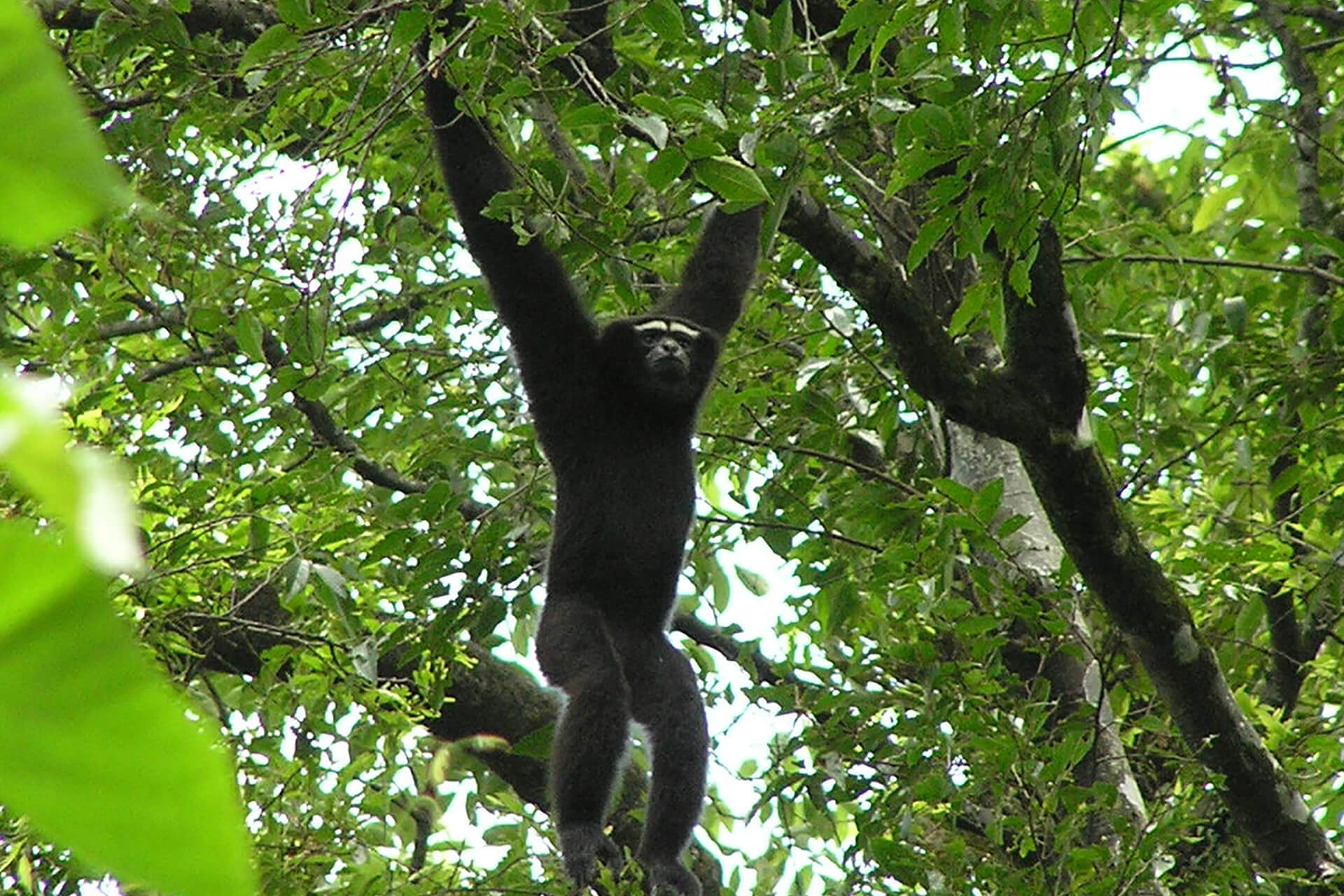 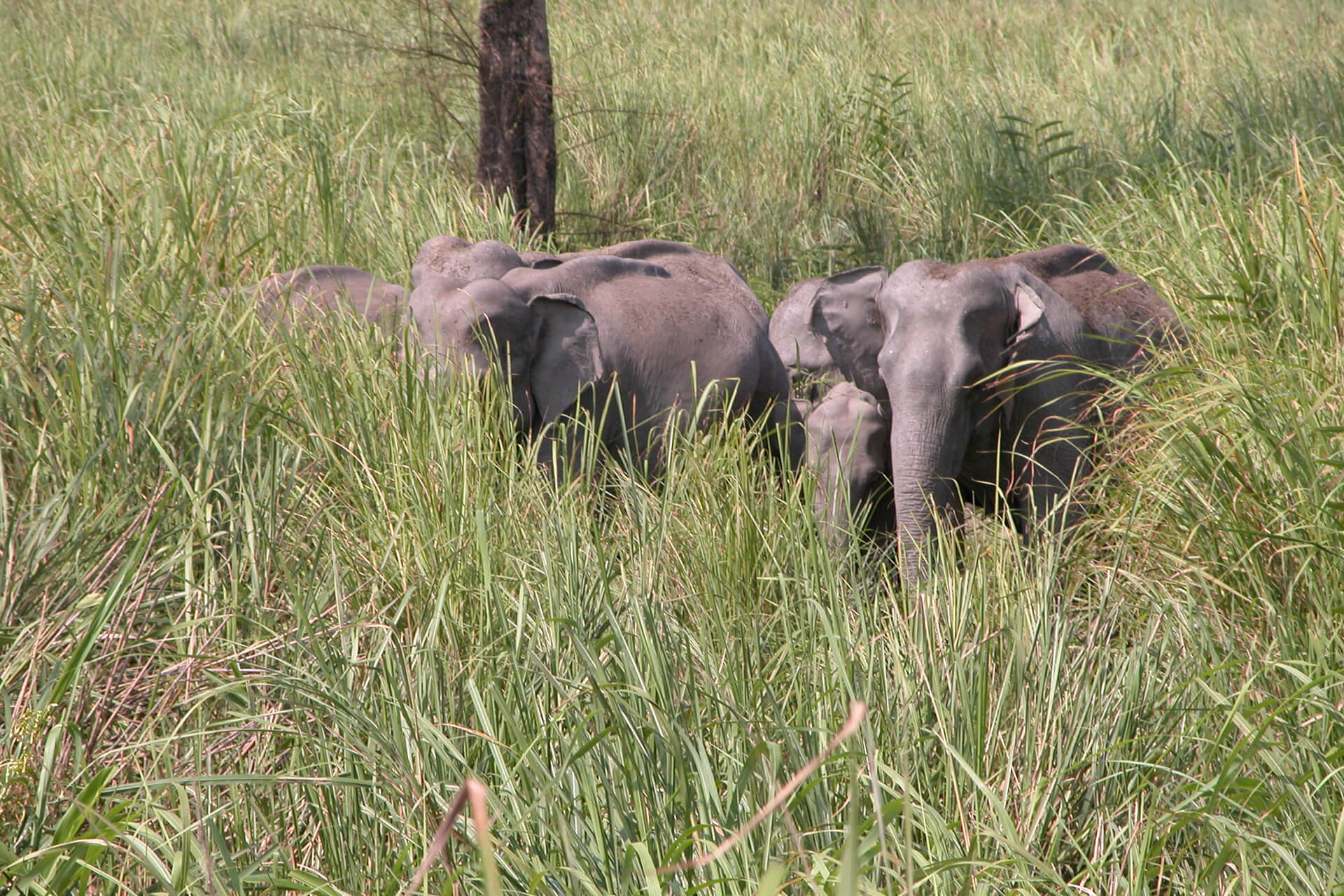 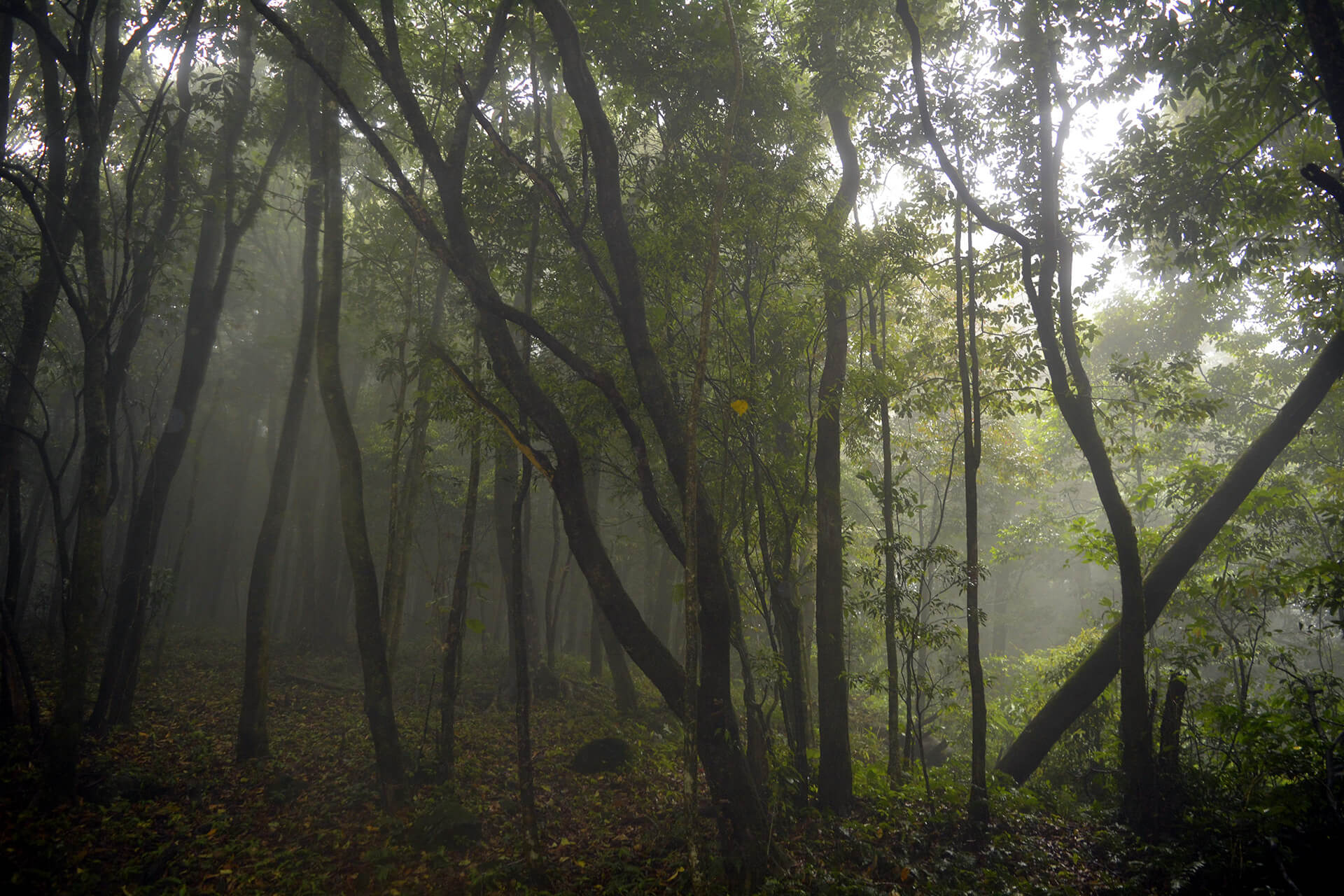 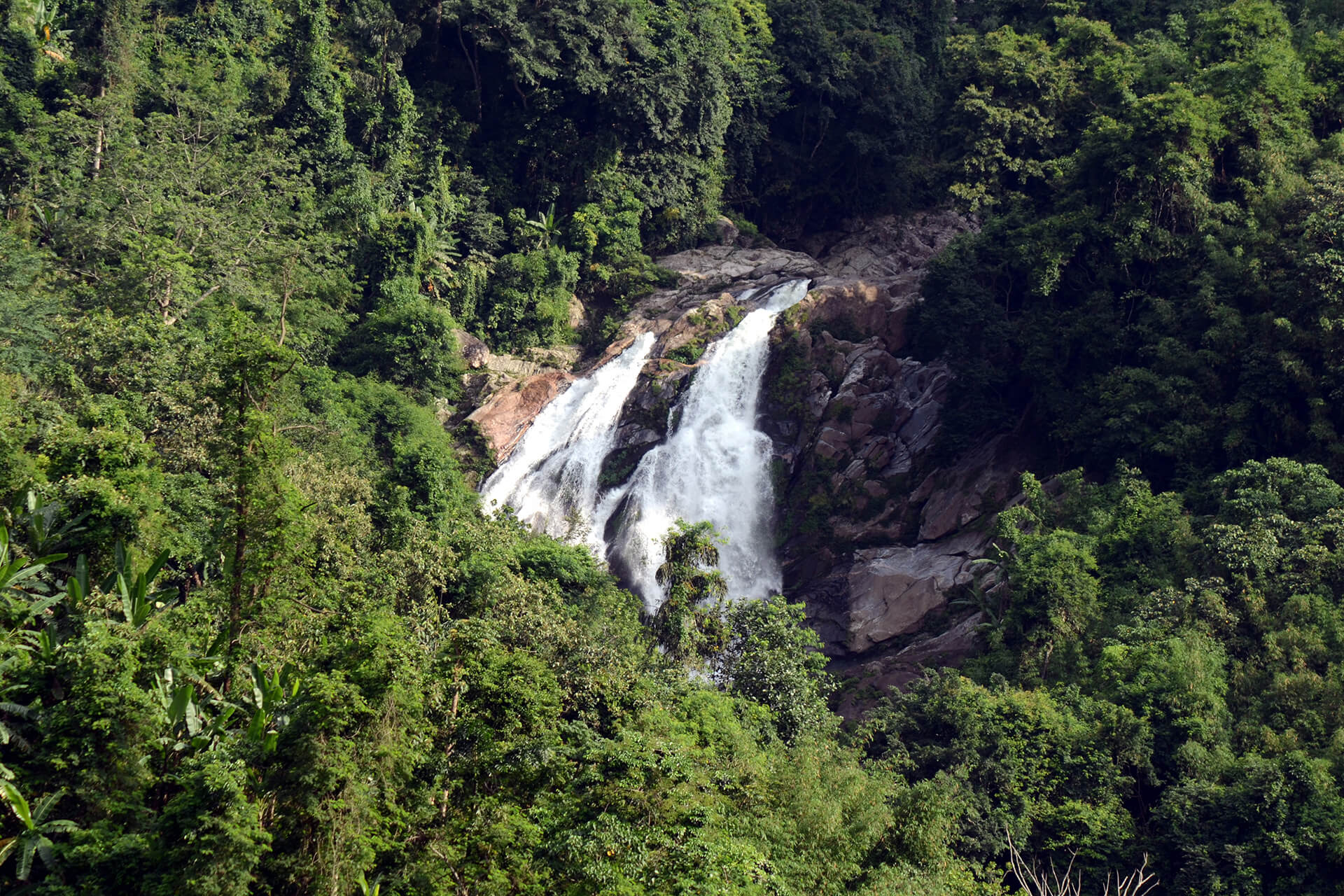 Canopy kings, prowlers, pachyderms, and more
On the west, the Garo Hills is home to Nokrek Park, a part of the Nokrek Biosphere Reserve, one of eighteen in the country. It is home to many rare and endangered species, including the Western Hoolock Gibbon. This fascinating primate species is also found in the southern ranges of the Khasi Hills (community forests near Mawsynram) and Jaintia Hills. Wildlife enthusiasts who visit the state cannot leave the Garo Hills out of their itinerary. Balpakram National Park, Selbalgre Reserve, and Baghmara Forest Reserve remain important wilderness areas.
The clouded leopard is the state animal of Meghalaya. This adept hunter is also a very elusive animal, a cat that is primarily arboreal and blessed with a beautiful camouflaged coat that makes it almost invisible. It is found across the state, in undisturbed stretches of forests.
Meghalaya is also home to a large population of the Asiatic elephant – in fact, it falls in between a large elephant corridor that stretches to Assam and Arunachal Pradesh in the north. Wild elephants are commonly sighted in the state’s western and north-western ranges. Other large mammals found in Meghalaya include the common leopard, jackals, bears, various deer species, giant squirrels, and more. Reptiles include several species of vipers, cobras, pythons, and various other rare and common serpents.

A birder’s haven
Meghalaya is also known for its population of birds. The Siju Bird Sanctuary, located close to the mighty Simsang River is home to peacock pheasants and grey hornbills amongst many other species. Nongkhyllem Sanctuary, in the Ri Bhoi district, is home to a large number of bird species (more than 400 recorded). The best bird watching experiences happen in more remote and pristine wilderness areas, but Meghalaya has plenty of accessible reserve forests close to the main towns where one can get a teaser of the rich birdlife. The Upper Shillong forest and the woods around Umiam Lake (at the entrance of Shillong) are favoured haunts for birders armed with their binoculars. Dawn and early morning visits are recommended for best sightings. March and April are the best months while the winter season is when one can sight migratory birds.